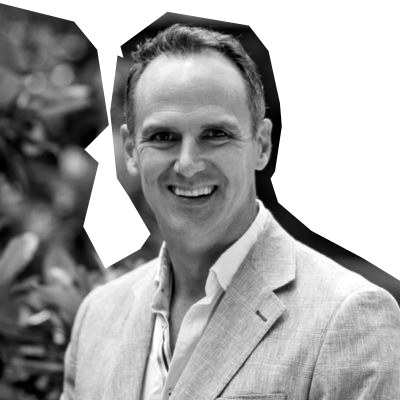 Tell us a bit about yourself! How did you come to be where you are today?

I think a career in publishing was preordained.  My mother was the children’s book publisher at Penguin through much of my childhood. On a daily basis she would bring home a carton of books from the returns pile at the warehouse. Before long every wall in our house was lined, floor to ceiling, with books. I was quite literally surrounded and my family was obsessive about reading.  My childhood was filled with house parties in the company of authors like Paul Jennings, Maurice Gleitzman, Jane Godwin and now legendary publishing people from the Penguin of the 80’s.

From the age of about 15 I started doing some part-time work at Penguin in Ringwood after school, mostly photocopying manuscripts for internal circulation. The paper we wasted back then was incredible. Somehow, I fell into a junior marketing job after finishing high school. From there one role led to another. I transitioned to sales – admittedly being lured by the attractiveness of a company car – and came to learn my extroverted personality was well suited to working with people, which is quite the opposite to my mother and sister who are purely editorial.

Somehow seven years slipped by and I succumbed to wanderlust. I spent a year road-tripping the USA, 42 states and 26,000 miles, before running out of money. I took advantage of my UK passport and moved to England and landed a sales job with Penguin UK.

After a year it was time to go home, and within two weeks I fell into a new sales position with Pan Macmillan in Melbourne.  After a couple of years repping the Melbourne bookshops I was called upon to take the visiting International Sales Director from Macmillan USA for some trade visits.  Our lunchtime conversation left me in awe at the stories of travelling around Japan, Hong Kong, Singapore, Melbourne, London all in a week.  That job became my career ambition.

A lucky break saw me transferred to Pan Macmillan UK to take up the role of International Sales Manager for The Middle East, Indian Subcontinent and East Asia. My territory grew overnight from Melbourne’s Eastern suburbs to 26 countries across the Eastern hemisphere. I’d visit each of them twice a year. It was an incredible experience for a young man in his twenties. In the course of a single business trip I could be in Beirut, Riyadh, Tehran, Delhi, Tokyo, Beijing, Jakarka, Hong Kong and Bangkok.

I fell in love with Asia, the food, the climate, the culture, the people and became especially fascinated with China’s emergence as an economic power and the opportunity it presented for publishers. I put a proposal to Pan Macmillan’s London board that we should start a sales office in Hong Kong to capitalise on the opportunities in China. In hindsight, it passed quite easily and within a couple of months found myself on a one-way flight to Hong Kong.

What was meant to be 2 or 3 of years ended up being 10. I met my wife, had children, you know how the story goes. Pan Macmillan Asia grew from a sales office to a standalone profit centre that was also publishing Asian writing under the Picador banner. The business grew 10-fold over that decade. It changed my view of the world and my perspective on the dynamics of the publishing industry.

Vowing not turn 40 in Hong Kong and risk turning into an expat who’s overstayed his welcome, we leapt at an opportunity to relocate to New Delhi to set up a new Pan Macmillan company. This involved establishing up a new warehouse and a publishing centre, which was no small thing in India. The challenges in South Asia were completely different to East. I wish I could claim the same level of success.

Thinking about the kids future, and after 14 years away, I decided to return to Australia and finish something I never really started…a university education. For a couple of years I threw myself into full time academia and completed a double masters in Entrepreneurship & Innovation and Business Administration. Honestly, one of the best things I’ve done with my life and I suspect all the more rewarding doing it mid-life.

Just a couple of months prior to graduating I was introduced to Thames & Hudson and here I am today 6 years later.

You have worked both in Australian and overseas, notably for Pan Macmillan in Asia and India, in your current role as Regional Managing Director: Asia Pacific for Thames & Hudson, and in your role as Chair for the ABIA committee. Are there any particular achievements that you are most proud of in all your time working in the industry?

I suppose I’m proud of the fact that I’ve never been afraid to have a go, despite the successes and the failures. You hope for more of the former, but inevitably can’t escape some of the latter. I never stop striving for improvement and never stop building on those past experiences. I’ve always had a high tolerance for risk and the thrill that comes when you succeed. It’s too easy to sit on the fence, paralysis by analysis. Sometimes you have to jump right in and have a go.

Achievements, well, T&H winning the ABIA for Small Publisher of the Year in 2018 was certainly a highlight, but equally so the books published under Picador Asia and the Australian Publishing program we’ve built up at T&H. Although, I’m equally proud of the experiences a life in publishing as brought, many of them coming from my time in Asia; playing tennis with author Peter James under the shadow of the Taj Mahal, addressing 500 Chinese publishing officials while sailing down the Yangtze, riding camels with a customer around the pyramids of Giza, a barefoot sales conference on the beach in Phuket and letting go a hundred flying lanterns.  I can never claim publishing has been boring.

Tell us about your role on the ABIA committee and what brought you to join the committee.

My role as the chair is primarily to co-ordinate between the ABIA committee and the Trade Publishers Committee. In all honestly, the ABIA working group are a really impressive lot who do most of the heavy lifting. It’s made up of representatives from a number of different publishers in Melbourne, Sydney and Brisbane, management from ENT marketing and staff from the APA. Each person plays an important function whether its graphic design, running the judging panels, co-ordinating the talent and presenters on the night, the marketing, the social media comms, the publicity. It’s really pleasure to see this group working so well together when everyone is coming from very different professional background.

My job is to ensure the publishers interests are fairly represented, to aid in decision making and ensure communication between the ABIA committee and the TPC is clear.

What do you have to say about the new format of the ABIA’s this year?

Last year’s sudden pivot to an online streaming event came with a few surprise successes. The number of eyeballs on the event leapt from about 500 to more like 15,000. It was suddenly opened up to the wider public and the awards took on a whole new dimension. We didn’t want to lose that this year, and yet we were mindful that people from the industry get huge value from an in-person get together and networking opportunity.

This year we’ll combine the two in a theatre style event followed by an after party. The book awards will be broadcast live and simultaneously screened in the auditorium and the industry awards will be presented in person.  The line up in talent is shaping up to be very impressive too. Cate Blanchett, Malcolm Turnbull, Trent Dalton, Charlotte Wood to mention a few.

T&H will bring a small delegation from Melbourne. The ABIA’s bookends with the Bookup conference and we’ll add a team away day to the Sydney calendar for the week. It will be a great change up for us and everyone is particularly excited at the prospect of being able to travel again.

Who would you like to recognise in the industry as someone who has supported your career in publishing? What did they do for you?

I’m grateful to a number of people who’ve aided my career over the years. However, in Australia a big shout out to Peter Phillips, the former sales director at Pan Macmillan. Peter created the opportunity for me to move to London with Pan Macmillan and to take up the International Sales role. Also to Ross Gibb, who managed me from Sydney while I ran Pan Macmillan Asia.  Ross was a great mentor.

What are you reading at the moment?

If you’re keen to join Dan and the committee at the ABIA this year, and you work for a member company of the APA, view ticket options here.