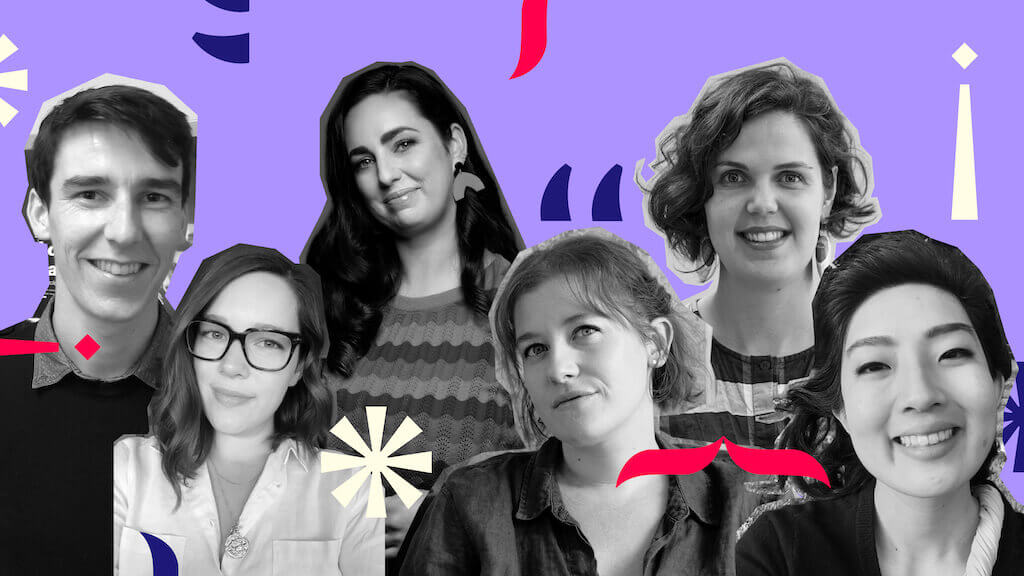 The shortlist for the 2022 Publishing Rising Star, proudly supported by MediaSuper, has been announced.

These six industry professionals commenced their careers in publishing over the past ten years and are being recognised as emerging talents to watch in the Australian publishing arena.

Kate Lloyd is the sales and marketing manager at Text Publishing. She has worked in the Australian publishing industry for six years. Kate developed her marketing and publishing experience at Major Street Publishing under Lesley Williams, while studying and interning at the Stella Prize and Melbourne Writers’ Festival. Her next role was at Text as marketing coordinator, where she worked on promotional campaigns across the list, including for books by Graeme Simsion, Nina Kenwood and Garry Disher. Kate became the marketing manager in 2020 and helped foster the connection between the company and its authors during the lockdown periods. Kate has experience in building community through books and reading on social media and has been part of Australia’s #bookstagram community for almost a decade. She co-created the online bookish marketplace Nook and Burrow, boosting the profile of Australian authors on her Instagram account. As marketing manager, Kate has developed dynamic campaigns for Amanda Lohrey, Jennifer Down and Helen Garner.

Emily Cook is the Community and Media Manager at Ultimo Press, which has been operating since September 2020. Emily was Senior Publicist at Penguin Random House, where she produced well-rounded publicity campaigns for a cross-section of authors and books while working on special campaigns to increase awareness of the company’s brand and titles. She has managed communications and events at the Irish Writers Centre, assisted with business development, training and marketing at the Independent Publishers Guild, a trade organisation for independent publishers in the United Kingdom, and worked as Marketing and Recruitment Coordinator at Imperial College Business School and as a sales, marketing and publicity intern at Melbourne University Press.

Mika Tabata initially studied sculpture at university then transferred to design. The day she saw a documentary about book design things finally clicked for Mika. With a fresh new focus, she gained an internship at Allen & Unwin in 2013 as a marketing designer, producing material for upcoming releases. This led to a similar role at Walker Books Australia in 2014, and when a role for a junior book designer came up in 2017, she jumped at it. Working closely with the publishers and project editors, Mika designed covers and interiors for picture books, junior fiction and young adult titles from the initial concept to finished art. In 2019 she took on part-time work as Production Designer at Allen & Unwin and she continues in that role to the present day, enjoying a satisfying mix of technical and creative work. She also does freelance design work. In 2020 Mika was shortlisted for the Best Designed Children’s Series at the Australian Book Design Awards and in 2021 she won the Deb Brash Emerging Designer Award. 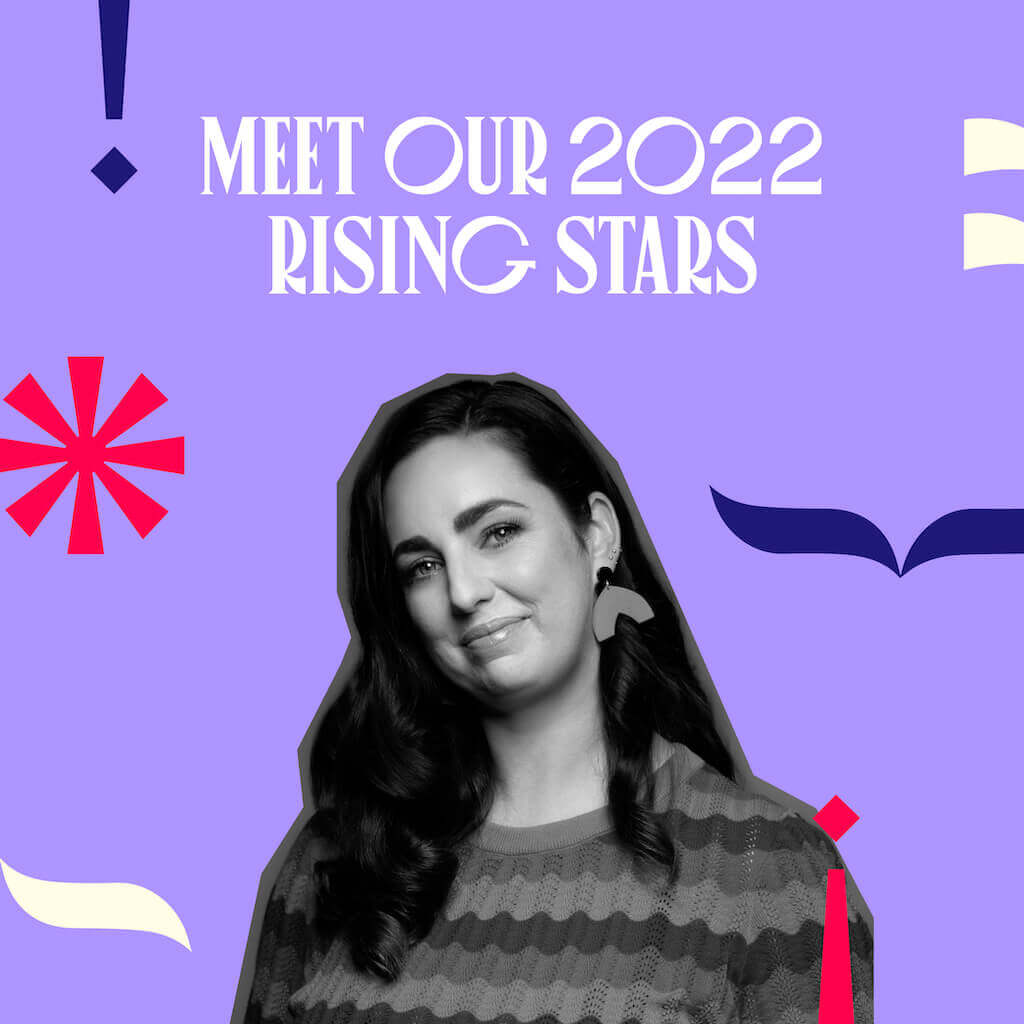 Crystal Corocher is a children’s book editor and literacy educator with a passion for reading engagement. Prior to working with the Larrikin House team, Crystal’s experience as a freelance journalist spanned radio, television, newsprint and online. She supports reading engagement at a school of more than 1800 students and uses this to help inform decisions about what to produce from a publishing perspective. Over the past two years at Larrikin House, Crystal’s role has been diverse. Initially joining as Publicist in 2020, she has helped the burgeoning publishing house find a voice and has segued into her role as editor, working with the small in-house team on everything from picture books to the upcoming release of a new junior fiction range, reading engagement programs and an array of projects in between.

Sam van der Plank has become Monash University Publishing’s all-around data guru. Over his 2.5 years at the press, Sam’s can-do attitude and initiative has seen him undertake a series of projects that have improved the company’s publishing capacities significantly. These include single-handedly implementing, and training staff to use, the BooksoniX database; establishing and refining metadata feeds; streamlining the royalties process; working with the university’s complex finance system to ensure authors get paid quickly and with minimum fuss; and establishing clear profit/loss sales data. Sam has done this largely by upskilling himself through the Australian Publishers’ Association training program and gathering information on other company practices. While those with a talent for operations often remain behind the scenes, Sam is the very definition of a team player, and his intelligence, ingenuity and commitment to improve Monash Publishing is truly exceptional. He has a bright career ahead.

Emily Hart first encountered the publishing industry as a reader, as a childhood maker of folded-paper books, and then as a Year 10 work-experience student at Wakefield Press in Adelaide. While studying at the University of Adelaide, Emily ghost-wrote a political memoir for Melbourne University Press, which led her to MUP as an editorial intern. From there she went to Dillons Bookshop in South Australia as a bookseller, and back to Wakefield Press as an events manager. At Wakefield, she trained and worked as an editor across history, art, food and literary fiction (while also selling rights, writing newsletters and answering the phones, among other things). In 2017, Emily moved to Melbourne, becoming an editor at Hardie Grant Books and working across both narrative and illustrated non-fiction. She convened the inaugural Hardie Grant Books x RMIT Spark Prize for narrative non-fiction, worked on Hardie Grant’s inaugural Reconciliation Action Plan, volunteers for the Stella Count and is a 2022 REP alumnus.

Congratulations to the Rising Star shortlist!

“The variety of professions on the Rising Star shortlist this year is testament of the amazing talent base the Australian publishing industry has on offer. Each one has displayed unique skills, ideas, and career trajectories and all are very worthy of recognition. The future of publishing is in good hands.”

The winner will be announced at the awards ceremony on 9 June.

Follow Books and Publishing to read interviews with each of the Rising Star shortlist between now and the event.

Get your tickets here to be in the room when the winner of the Rising Star award is announced.